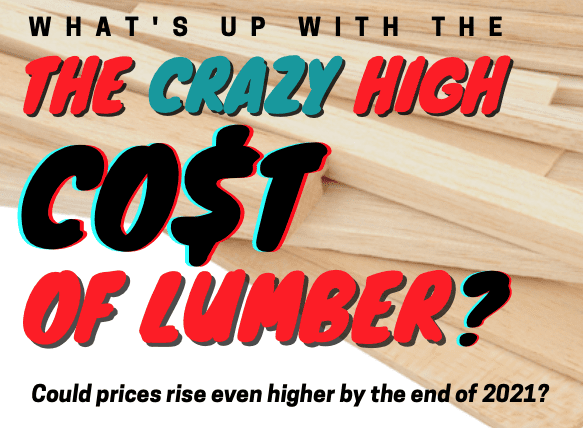 What’s with the crazy high costs of building materials?

Pareti is doing everything possible to help keep our prices low, in spite of post-pandemic prices. Will the high costs of building materials continue? The short answer is possibly – and they may go up even further. So let’s unpack this multi-faceted problem affecting everyone in the US right now.

What’s with the crazy high costs of building materials?

Pareti is doing everything possible to help keep our prices low, in spite of post-pandemic prices.

Fun fact: thanks to American entrepreneur Malcom McLean, containers have standard sizes since the 1950s. This makes loading and unloading of ships and trains more mechanized, and reduces labor and damage from re-handling from manufacturer to the delivery point. 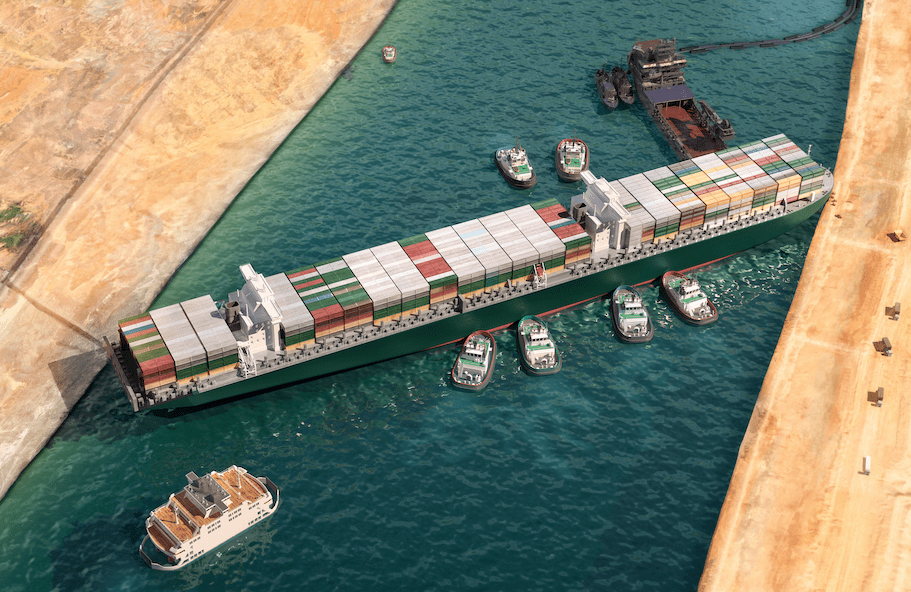 After months the Ever Given has finally been released by the Egyptian government after an agreement made with the vessel’s owners and insurers. It has been held at port in Egypt for months while this dispute continued, as Egypt demanded $550m in fines for becoming wedged in the canal after running aground. The ship was freed six days later after running aground, thanks to tug boats, dredging vessels. One person was in the process.

We at Pareti saw quotes for exhibit walls for events and museums increase as the country opened back up after Covid-19 restrictions. However, our supply chain was a mess. This caused pricing to skyrocket. It’s the same issue local contractors are having with getting materials. Stores are slowly starting to catch up, but prices remain high, hovering well over their normal price. We’re hoping this won’t be a permanent change!

There are several factors which are creating scarcity and rising prices with building materials.

Backed up at the ports

One of the most obvious issues creating a market which can’t meet demand is backed up ports. We all remember the Ever Given blocking the Suez Canal in March 2021. This disrupted global trade since hundreds of ships had to wait to pass through the 120 mile long canal which connects the Mediterranean Sea to the Red Sea. This vessel contains 18,000 containers, is 1,312 feet long, and valued at $775m –  yet is still considered to be small compared to container ships currently docked in US harbors waiting to be unloaded.

The Port of Los Angeles is the largest container port in the United States, in terms of volume and cargo value. In spite of new advancements, the continued congestion at the LA/Long Beach port complex remains a challenge – as well as a hindrance to a post-Covid trade boom.

Imports dropped early in 2019 in response to Covid, but by First Quarter 2021 container imports were up 39% from year over year values. Simply put, already-strained ports weren’t ready for regular import traffic, let alone a growth surge.

So what happened? Well, it was a perfect storm of several factors:

Companies projected lower spending in response to Covid. Production was reduced to meet anticipated needs, meaning less inventory for retailers and distributors. This seemed like a logical plan in the beginning, but manufacturers were very surprised that spending increased, not decreased as lock-downs from Covid continued.

Covid surges at manufacturing plants caused shut-downs, while even more manufacturers globally shut down to prevent Covid from spreading. This further impacted manufacturing and exports.

Meanwhile, bored consumers who worked from home or were under lock-down mandates wanted to shop online. Others decided to make home improvements, from re-painting, redecorating, to building decks, doing outdoor home improvements, or moving.

Coupled with stimulus checks and lower costs for working (working in pajamas, no eating out, no gas costs for commuting to work), luckier families were experiencing near-record savings. This retail consumption outpaced expected first and second quarter levels in 2020. Rather than being driven by holiday spending or back-to-school shopping, which has been the expected norm.

In a nutshell, it was an extreme increase in demand, with a dramatic decline in supply. But wait, there’s more…

The Bottleneck… US sea ports

Since many ports experienced a shortage of workers due to Covid, unloading container ships stretched as long as 6 days or more – something that normally takes only one day. As a result, container shortages, yet another complication, are causing slow downs in US exports, as well as new imports coming from abroad as manufactures wait for the containers to return to load them. This has drastically affected farming and ranching, as fulfilling overseas contracts for perishable items. Some estimates are that the loss of agricultural exports will be over $1 billion lost. California ports supply over half of all US exports for agricultural commodities such as nuts, oranges and tomatoes, US meat, and wine, cotton and hides. So shipping out has become as seriously compromised as receiving imported goods. For perishable goods, if shipping schedules are compromised, this could result in billions of losses.

As 2021 nears to a close, we at Pareti anticipate lumber will become even more expensive – that is, unless buyers lower demand significantly to drive prices down. However, that’s not likely to happen with a shortage of housing, natural disasters which require rebuilding, and ongoing maintenance, such as roofing and home repair.

What’s not often discussed is the final cog in the wheel of high raw material prices is a lingering trade dispute with Canada. This started with Ronald Regean, lowered by President Obama, and resumed with President Trump when he instituted duty fees in 2017. The debate is this: does the country pressure Canada for fair and equal trade when it comes to softwoods, or do we allow lower duty fees to compete with US lumber companies, but keep prices reasonable for consumers? No one knows yet if trade agreements may be less critical for President Biden than seeing that home construction remains steady and reasonably priced. Members of Congress, as well as strong lobbyists such as the NAHB (National Association of Home Builders) have been pressuring the administration to work out a deal which lowers building materials quickly – but political change doesn’t happen quickly.

While lumber prices fell a bit over the past few weeks, they are still highly inflated compared to pre-Covid pricing. Unlike other supply and demand issues we’ve seen due to the pandemic, price increases in lumber are more political – especially soft lumber, such as pine, which is used for 2”x4”s, plywood, and other items used in home construction (as well as our portable walls). The high costs of soft woods will be passed on to consumers, unfortunately. The NAHB has been very vocal about this, however progress doesn’t seem promising. In fact, Canadian lumber producers may face even higher duties, doubling later this year – from 9% to 18.3% for most producers*. This is great news for domestic US lumber producers who harvest wood from privately owned land, however the duties for Canadian suppliers aren’t enough to level the playing field – and in the end, it’s the home buyer or wood product buyer who suffers.

So lumber shortages and price increases are a multi-faceted problem, stemming from slowing or stopping manufacture due to the pandemic, to shipping and logistics issues, and finally political issues.

[*For more info, check out The New York Times, which was cited in this article.]