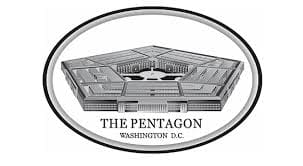 The Pentagon uses Pareti Mobile Walls for an interviewing area at the Air Force Television Studio. There, the walls have become a semi-permanent fixture in the studio.

“The walls were easy to set up.. We covered them with a shiplap veneer adhesive covering to create a set for interviews.”

Pareti’s walls can be moved, reconfigured, covered with wallpaper, laminates, or veneers, and changed into different configurations. They offer a truly versatile solution for customers who need the appearance of walls, but with greater flexibilty and mobility.

You can watch AFTV’s testimonial here.

Pareti’s mobile walls can be used in the same configuration indefinitely, or they may be rearranged. The walls can also be reconfigured, repainted, or have graphics placed on them. Our universal method of connecting our walls makes it easy to add on to your collection. Begin with a starter kit, and add sections as you need.

Our walls are Made in the USA!

Get the View Book!

Our Museum View Book is full of fun ideas and actual installations to help give you some inspiration!

You have Successfully Subscribed!